Willard Zemlin was born in Two Harbors, Minnesota. Before embarking upon an academic career, he worked in radio and television repair and electronics, was an engineer with the Duluth, Missabe & Iron Range Railroad, and served with the US Army in Korea. He died on December 21, 1998.

His wife Eileen, a speech-language pathologist, sparked Dr. Zemlin’s interest in her field. This led him to complete a PhD in Speech Pathology with a focus on vocal science at the University of Minnesota in 1962. He had previously completed a bachelor’s degree in Experimental Psychology (1957) and a master’s degree in Speech Pathology (1960) at the University of Minnesota.

Upon completion of his doctoral degree, Dr. Zemlin joined the faculty of the University of Illinois as an assistant professor of Speech and Hearing Science. He was promoted to associate professor in 1966 and to professor in 1971, at that time also receiving an appointment as professor in the School of Clinical Medicine. He retired as professor emeritus in 1985.

From 1962 to 1975, Dr. Zemlin directed the Speech and Hearing Research Laboratory. While at the University of Illinois, he began a systematic and comprehensive investigation of the anatomy and physiology of speech, language, and hearing systems.

An avid photographer, he successfully sought permission from the School of Basic Medical Sciences at Illinois to capture images from dissections, capturing every bone, cartilage, muscle, and tissue related to speech and hearing. He then used the images in in his lectures, greatly enhancing his students’ understanding of the structures related to human communication.

Dr. Zemlin believed that understanding the anatomy and physiology of human communication systems would help all speech, language, and hearing professionals to rehabilitate disordered communication more effectively. In 1964, he published the first edition of Speech and Hearing Science: Anatomy and Physiology, which became the most widely and longest used textbook in the field. In the foreword to the book, Dr. Zemlin wrote:

Each of us who is concerned with the rehabilitation of speech, language, and hearing should be able to visualize the anatomical structures involved, to understand their usual functions, and to hypothesize how they might function under adverse circumstances.

The book covered such topics as breathing, phonation, articulation, the nervous system, hearing, and the embryology of speech and hearing mechanisms. Almost all of the photographs used in the book were taken by Dr. Zemlin, who also created most of the illustrations. Included in later editions were images of laryngeal behavior that Dr. Zemlin captured through an innovative photographic method he developed using a high-speed motion picture camera.

Contributions after leaving the University of Illinois

From 1988 to 1989, Dr. Zemlin was a visiting professor in Memphis State University’s Department of Audiology and Speech Pathology through the Center for Research Initiatives and Strategies for the Communicatively Impaired. He continued to develop his collection of slides during this time, working with facilities and anatomical specimens provided by the Department of Anatomy and Neurobiology of the University of Tennessee Health Science Center in Memphis.

Many of Dr. Zemlin’s images can be found at the W.R. Zemlin Memorial Web Site http://zemlin.shs.uiuc.edu/default.htm 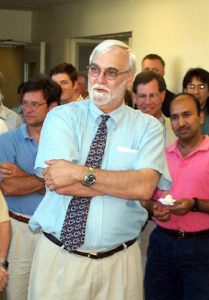