Jesse Delia is a researcher and former head of the Communication Department at the University of Illinois. Delia’s work has created great strides in the field of communication. Most notable is his work on Constructivism, in which he advanced a theory on why people differ in their ability to persuade, support, and comfort others. While many assume that this skill is one people acquire naturally or are born with, Constructivism offers a cognitive explanation for communication competence.

He then became the interim provost and vice chancellor for academic affairs in 2004. He retired from teaching in the 2009-2010 school year but continues his time of over 50 years with the university as a professor emeritus and as the executive director of the Advanced Digital Sciences Center in Singapore. His legacy includes the Jesse Delia award, awarded to a communications graduate student for writing the the best scholarly article or book chapter without co-authors.

– Lincoln Hall. Home of the Department of Communication and where Delia’s office was located.

For a more detailed explanation on constructivism, click here.

College of Liberal Arts and Science (2017). Gallery of Excellence. Retrieved from http://www.las.illinois.edu/100/excellence/ 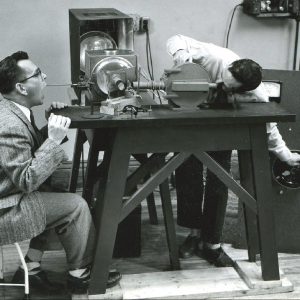