Art can bring cultures together. Shozo Sato recognized this after growing up during the tumultuous times of World War II in Japan. His work combining two styles of theatre, Kabuki and Western Theatre, entrances audiences and bridges cultures.

After the war he and his father went to Hiroshima to try and locate relatives who had survived, but they were not able to find any family members.  Sato, 12 years old then, was greatly affected by the vast destruction and devastation he saw after the nuclear bombing of that city (Merli, 2014).  Eventually he began to realize the arts could open lines of communication, cooperation, and reconciliation.  As Sato has said, “art is [the] direct voice of people of that culture” (Inge and Hovorka, 2014).

From the time he was a very small child, Sato was drawn to traditional Japanese arts.  After studying at Tokyo’s Toho Academy of Performing Arts and training with kabuki artist Nakamura, Kanzaburo XVII, he began to teach in his native Japan.

Margaret Erlanger, then head of the dance program at the University of Illinois at Urbana-Champaign, met Sato and watched him teach during her visit to Japan in the 1960s, and it was she who invited him to the university.  He arrived on campus in 1964.

Sato was an artist in residence when the University of Illinois at Urbana-Champaign’s Krannert Center for the Performing Arts opened in 1969.

In the 1970s and 1980s Sato’s innovation was to apply the kabuki theatre style to Shakespearean and other well-known dramas, the first being 1978’s Kabuki Macbeth.  Also known as “fusion kabuki” (qtd. in Sato, 2005), it proved an educational and popular blending of East and West and won him worldwide acclaim.

Sato presented other Shakespearean characters (Othello, Lady Macbeth, and Iago) in kabuki style.  He also reimagined the Greek tragedies of Medea and Achilles – and the story of Faust – as kabuki theatre productions.

Sato also created Japan House. Here students and community members can learn tea ceremony, ikebana (flower arranging), calligraphy, and other traditional Japanese arts.  Originally in an old house on Lincoln and California in Urbana, the first Japan House was torn down to make way for a different university project.  Expanded and reopened in 1998, today Japan House is surrounded by a Japanese garden adjacent to the University of Illinois Arboretum.

Professor Sato retired in 1992, but has continued to teach and inspire long since.  Not long ago, actor Nick Offerman, one of Sato’s former students, paid homage to his sensei (teacher) by returning to the University to build a gazebo for the reconstituted Japan House in 2013.

Sato has written an autobiography, definitive works on sumi-e (ink painting), traditional Japanese calligraphy, and ikebana, and even a children’s book on tea ceremony.  His awards include a Chicago theatre Jefferson Award, California drama awards, the Illinois Arts Alliance Sidney R. Yates Arts Advocacy Award, and the Emperor of Japan’s Order of the Sacred Treasure with Rosette.  Thus he is considered a national treasure both in his home country of Japan and in his adopted country of the United States.

Shozo Sato continues to mount kabuki productions of Western dramas, having directed Iago’s Plot at Krannert Center in 2017.  He also continues to teach at Japan House in Urbana. 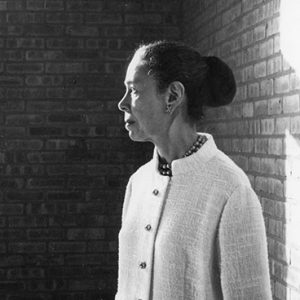