Ping Fu’s eventful life deserved the attention it got in her 2012 Memoir, Bend, Not Break: A Life in Two Worlds. During her first life in China, Fu was captured by the Red Guard and grew up doing factory work while her American counterparts were learning math and science.

In her early 20’s, she took an interest in journalism, and her involvement in an internationally embarrassing expose on China’s one-child policy got her deported to the United States with only $80 in her pocket and the most basic English committed to memory.

In America, she began studying Computer Science at the University of California – San Diego, as her literature and journalism interests did not seem to bode well for her financial future. After leaving California, she worked for Bell Laboratories which helped fund her Ph.D. at the University of Illinois. She was then able to get a position at the National Center for Supercomputing Applications (NCSA).

While the Director of Visualization at NCSA, Fu mentored Marc Andreessen and encouraged him to work on the visually appealing internet browser project: Mosaic. This project led to Netscape and Internet Explorer, and inspired Fu to explore entrepreneurship for herself.

Ping Fu’s research at NCSA also contributed to the groundbreaking visual effects in Terminator 2: Judgement Day (1991). Her research specifically helped with the animation of the T-1000 robot turning into liquid metal. Her software helped to further innovative animation.

Still, what Fu will most likely be remembered for isn’t  journalism, Mosaic, or Terminator 2. In 2005, she was named the Inc. Entrepreneur of the Year for her Company’s – GeoMagic – work in digital shape sampling and processing (DSSP). The 3-D modeling technology “is fundamentally changing the way products are made, driving a shift from mass manufacturing to mass customization” (Cramblitt, 2009). She left the NCSA in 1997 to run her company full time.

Professor Fu’s company hopes to empower individuals and small companies with new technologies of 3D customization. Her entrepreneurial spirit is an inspiration for innovators of all backgrounds.

– National Center for Supercomputing Applications. This is where Fu worked before starting her own company.

Geomagic CEO, Ping Fu, Recognizes as One of the World’s Most Influential People in Burgening 3D Printing Industry 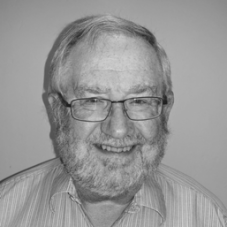