Ed Krol was a University of Illinois graduate who went on to work for the National Center for Supercomputing Applications in 1985, as its inaugural network manager. His most notable accomplishments involved two popular publications which aimed to demystify the Internet for new users during a time when his colleagues at the university were making the Internet more widely available for use.

The Hitchhiker’s Guide to the Internet, written in 1987, was one of the first books in the Frequently Asked Questions (FAQ) genre of its kind for the internet. In its 30 pages, it gives an introduction to the history of the internet, and an overview of the key protocols that drove its functioning.

Krol had helped secure a contract for a National Science Foundation grant that would help connect regional computer networks in a national network thanks, in part, to the standardization of TCP/IP Protocols for internet communication. This project was called NSFNet. He wrote this guide as a  companion tool for increasing access to the network for the research community.

NSFNet sought to connect the various regional networks to each other in a way that they each could remain regional but could also more easily exchange information between networks. The John Von Neumann Center at Princeton, the San Diego Supercomputer Center at UCSD, the Cornell Theory Center, and the Pittsburgh Supercomputing Center were four other supercomputing centers that the National Science Foundation used to establish its backbone.

The Whole Internet User’s Guide and Catalog, a full length book was written by Krol in response to encouragement by Internet talk forum members. A New York Public Library Book of the 20th Century, this book sought to make the Internet operable for people who had been exposed to computers but had not yet figured out how to harness and redirect the power of the internet for their personal or professional goals. Some of the topics included:

Krol possessed somewhat unique insights on the direction of the net including it being a person-centered project:  “Far from being a machine-dominated wasteland, where antisocial misfits sporting pocket protectors flail away at keyboards, the Internet is a friendly place to meet people just like yourself” (“The Whole Internet” 8).

He also understood that networking technology could and would be used by virtually anyone. To this end, Krol focused much of his career’s work on user education of the internet. His Whole Internet Guide turned into a book series, which sold well. These contributions helped increase the amount of people who could use the internet.

The internet was in a time of transition when Krol made his contributions. A thirst for greater levels of interconnectedness abounded and ideas for universal access to information were being manifested in the forms of the Web and the Mosaic Web Browser. Krol’s books helped people to be a part of this transition. Ed Krol retired from the University of Illinois in 2002, after 29 years of impactful service. 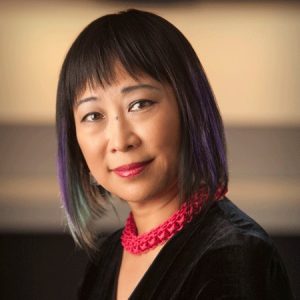