William J. Fry was born on April 14, 1918 in Johnstown, PA. In 1940, Fry graduated with a bachelor’s of science from Pennsylvania State University. During the Second World War, Fry worked at the Naval Research Laboratory on underwater sound. After the war ended, Fry was hired in 1946 by Professor William Everitt to the University of Illinois in the electrical engineering department. At Illinois, Fry established his Bioacoustics Research Laboratory. 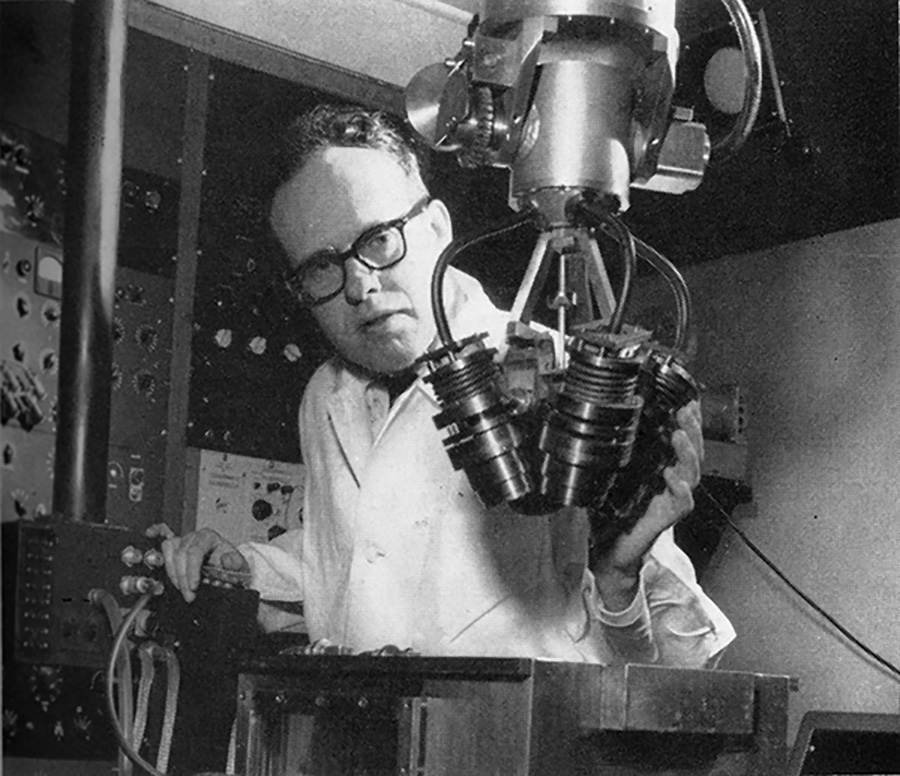 Fry’s primary focus of research was the usage of ultrasound for non-invasive surgical procedures. When Fry first came to Illinois, Fry had to build most of his own instruments. His specially built equipment allowed him to study the effects that ultrasound had on animal tissue. One of Fry’s experiments, using feline adrenal glands, showed that ultrasound does indeed affect animal tissues. Fry’s report on feline experiments led to the approval of ultrasound use on women with late stage breast cancer. Fry bombarded their pituitaries with ultrasound, and while 4 out of the 5 patients exhibited no reaction, the fifth was able to live for 20 months longer under the procedure. Another human trial was performed in junction with the University of Iowa Department of Neurosurgery, where a successful operation using ultrasound was performed on a Parkinson’s patient. 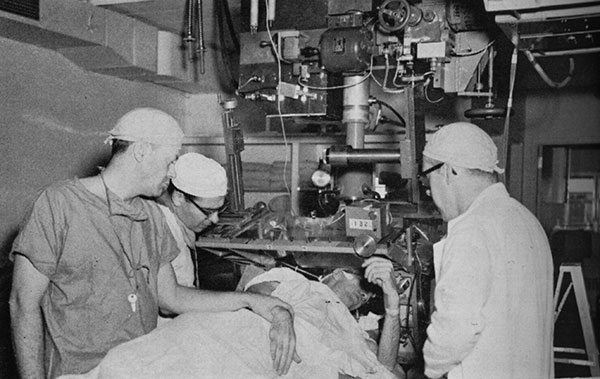 1958 Ultrasonic Treatment of a Patient

In addition to using ultrasound for therapeutic purposes, Fry also wanted to use ultrasound as a noninvasive imaging technique to better study the human nervous system. Not only limited to ultrasound, Fry and his brother, Frank, also worked on the development of an artificial heart. Fry and his colleagues had been able to keep a dog alive for over nine hours without its biological heart, using a mechanical replacement.

On July 21, 1968, Fry passed away of a heart attack at the age of 50. Much of Fry’s work continued to inform later work in other respective fields. He was one of the first to suggest a type of radiation for the treatment of tumors and his brother, Frank, continued his imaging work which led to the first scanning and imaging of live brains.

– Everitt Laboratory. Since there was no open space for his lab, Fry established his lab in a steam tunnel in the basement of Everitt Lab. 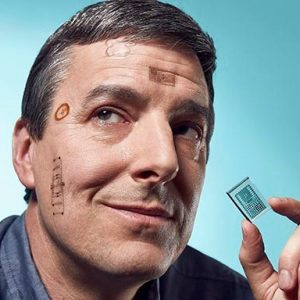