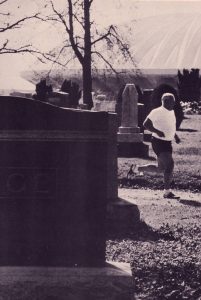 Born in St. Augustine, Florida, Thomas Cureton had asthma as a child and was physically underdeveloped. His father Thomas K. Cureton Sr. bought him a membership to the YMCA, where he worked with weights, swam, and did gymnastics. Young Thomas was active in the Boy Scouts. In high school, he was on the swimming and track teams.

He earned his bachelor’s degree in electrical engineering at the Sheffield Scientific School of Yale University in 1925.  During his time at school, he was a competitive swimmer who had been on championship teams at Georgia Tech and earned two varsity letters at Yale.

Dr. Cureton was appointed director of the physical science curriculum and graduate studies at Springfield College in 1937, and was promoted to professor in 1938. In 1941, he joined the University of Illinois faculty as an associate professor in the School of Physical Education.

Dr. Cureton taught at the University of Illinois from 1941 to 1969. Often referred to as “the Father of Physical Fitness,” he conducted pioneering research on the breadth of physiological and psychological factors that contributed to and resulted from physical activity, training, and sport in the first-of-its-kind Physical Fitness Research Laboratory, located in Huff Hall. He emphasized endurance training over the mastery of skills and mechanics, which was then the typical focus of physical education.

He conducted pioneering research that examined tissue symmetry and analyzed bone, muscle, and fat separately as contributors to weight and fitness. He introduced an aquatic warfare course in 1942 to address the problem of young men in the armed forces being unable to swim, and wrote the first book in the field, Warfare Aquatics.

At a time when it was commonly believed, even among medical professionals, that strenuous exercise following a heart attack would likely result in death, Dr. Cureton’s studies of cardiovascular fitness showed instead that endurance training improved both the cardiovascular and respiratory systems.

After publishing his studies and being labeled a “quack,” the American Public Health Service (APHS) sent Dr. John Holloszy, MD, to Illinois, where he spent two years in

Cureton’s Laboratory confirming Cureton’s research findings. In his “Review of Studies to Improve Cardiovascular Fitness at the Physical Fitness Research Laboratory 1941-1963,” Cureton wrote that APHS told him that if the results agreed with what he had been reporting for at least 15 years, they would see that the confirming studies were published in the best possible source, so that all cardiologists would be properly informed. “That came about,” Cureton wrote.

In addition to the Physical Fitness Research Laboratory, Dr. Cureton established programs that benefited local community members by teaching adults and youth the importance of exercise and correct exercise techniques. The Summer Youth Sports Fitness Program, started in 1950, has the distinction of being one of the longest running summer youth fitness programs in the country. The Adult Fitness Program, the first University-based adult fitness program in the world, continues today as the Lifetime Fitness Program.

In 1965, President Lyndon Johnson and the US Junior Chamber of Commerce honored Dr. Cureton as one of the top three physical fitness leaders in the United States. 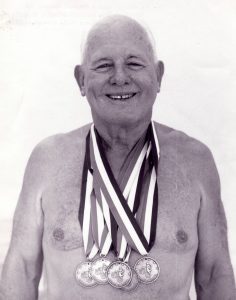 Dr. Cureton brought science into physical fitness education, directing the most prestigious physiology research laboratory found in any physical education department of its time. Like his contemporaries Jack LaLanne and Charles Atlas, he was a passionate proponent of regular exercise and healthy eating. Unlike them, he was also a scientist who produced the research that validated his beliefs in healthy living.

As director of the Physical Fitness Research Laboratory, Dr. Cureton’s systematic and scientific investigations changed popular thinking about the approach physical education took to aiding in the physical development and fitness of youth; the ability of regular fitness programs to bring about positive change, even among sedentary adults; and the role of exercising and conditioning in building stronger, healthier hearts, among other things.

Dr. Cureton mentored students who went on to become leaders in the physical fitness movement throughout the country. He shared his message not only with an academic audience through scholarly publications, but also through the popular press, including appearances on the CBS television program “The Search for Health and Fitness,” as a consultant to Time-Life Books’ special report titled The Healthy Life: How Diet and Exercise Affect Your Heart and Vigor, and through interviews with People Today, Popular Mechanics, Cosmopolitan, Sports Illustrated, Chicago Daily News, New York World Telegram, and many more.

As Dr. Edward Shea, then professor emeritus of physical education at Southern Illinois University, wrote in a 1993 “In Memoriam” piece in the Journal of Physical Education, Recreation and Dance:

During his lifetime, Thomas K. Cureton, Jr., was one of the most extraordinary and renowned recipients of national and international recognition for professional achievements and contributions toward improving the physical dimension of humankind. Cureton created a priority of health, physical development, and human efficiency in movement at its foundation, as exhibited in his writing, research, and professional activities.

[He] was a phenomenon of his time, a prodigious, comprehensive, discoverer of fact, and a contributor to history in the great movement which arrived at the conclusion of his work. His work and his life will stand as a substantial contribution to human movement and will grant him an honorable place among its benefactors.

Huff Hall. This is where Cureton conducted much of his research. 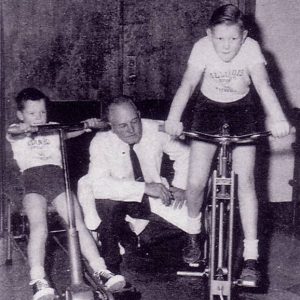