Thomas Jonathan Burrill was a pioneer in the field of plant pathology. He also had several administrative and teaching responsibilities at the University of Illinois, where he worked for 50 years. His distinguished career included significant contributions to science, education, and the public community.

Burrill was born in Pittsfield, Massachusetts in 1839. When he was nine, his family moved to Stephenson County in Northern Illinois where they learned to farm. The work involved clearing the land and growing crops such as potatoes and wheat. Burrill’s father was also a skilled weaver and the family used locally produced wool to make cloth. Since there was no public education in the area, Burrill and his six siblings went to a private school that was run by a neighboring farmer.

Burrill completed his high school education in Rockford and went on to study natural history at the Illinois Normal University in 1862. After his graduation, he became a principal in the public schools in Urbana.

In 1868 Burrill became an algebra teacher at the University of Illinois. However, due to his interest and work in horticulture, he was made a Professor of botany and horticulture in 1870. He was involved in starting the university forest plantation, which still persists as the Illini Grove Park.

He also developed an interest in plant diseases and published reports on apple scab and bitter rot. His work on fire blight, a disease that affects pear trees, earned him a position in the history of plant pathology. After careful microscopic studies, Burrill was the first to discover that bacteria could cause plant diseases and were responsible for the fire blight disease.

Unfortunately, discoveries are not always immediately accepted and recognized as important. It may take years of discussion and proof before people recognize the value of a discovery. Burrill faced the same problem – at first this idea was not well received. However, the subsequent discovery of other bacterial infections in plants led to the wide acceptance of his findings.

Burrill also had several teaching responsibilities. He taught several courses including plant diseases, forestry, vegetable physiology, microscopy, and bacteriology.  He continued to develop new courses until his retirement in 1911.

Burrill occupied several administrative positions including Dean of the College of Science, Dean of the General Faculty, Vice President of the University and Acting President. He was highly regarded among the faculty and the students and often acted as a mediator between the two populations.

After his death in 1916, the Society of American Bacteriologists passed a special resolution honoring Burrill for founding “the science of bacterial plant pathology”.

– Burrill Hall. Named after Thomas Burrill in 1959 for his contributions to the university as acting president. A plaque describing his tenure at the university is inside the south west entrance. 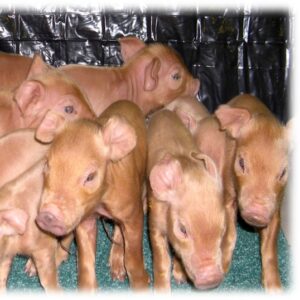