Salvatore Martirano was born in Yonkers, New York in 1927. He was an American composer who built the Sal-Mar Construction and liked to experiment with presenting familiar poems and texts in an unconventional way or setting. 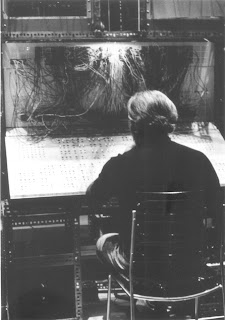 Martirano learned how to play the piano at the age of 5 and continued playing and composing music until his death in 1995. Before going to college, Martirano toured with the U.S. Marine Corps Band as a clarinetist. He then studied composition at Oberlin College (BA, 1947-1951), Eastman School of Music (1952), and Cherubini Conservatory in Florence, Italy (1952-1954). He was able to study with well-known composers, including Herbert Elwell, Bernard Rodgers, and Luigi Dallapiccola. He then was a Fellow of the American Academy in Rome from 1956-1959 and held the 1960 Guggenheim Fellowship.

In 1963, he started working as a professor at the University of Illinois and spent the rest of his career at Illinois with a year of residency at Sydney Conservatorium of Music (1979), IRCAM in Paris (1982), and the California Institute of the Arts (1993). While at Illinois, he composed one of his most famous pieces, “L’s GA” in 1967. For this anti-war composition, Martriano used several different medias including tapes with music he composed, two of Ronald Nameth’s films that played side by side, and a narrator who recited Lincoln’s Gettysburg Address while wearing a mask and inhaling helium. 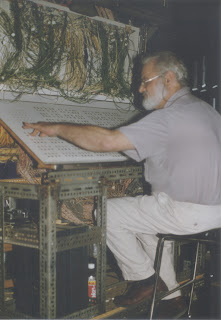 He became interested in how to use technology for composition, and he and his team were able to construct one of the first musical electronic instruments, named the Sal-Mar Construction, using parts from the ILLIAC II. Martirano had greatly enjoyed the improvisational components during his time travelling with the Marine Corps band and this influenced his enjoyment of playing the SAL-MAR Construction, which was largely improvisational. He would travel around the world playing concerts with the SAL-MAR construction and would often title his performances, “Let’s Look at the Back of My Head for Awhile.” Throughout his career, he would continue to compose multimedia works and enjoyed learning the newest technologies and thinking about how they could be used in music composition. Martirano would later create the YahaSALmaMAC, another electronic instrument.

Martirano also continued to work on traditional compositions and wrote for chamber orchestras and even the 1984 Olympic Games in Los Angeles. He continued to teach composition until his retirement in 1995. Martirano died on November 17, 1995 from ALS. His memory is still honored today at Illinois through the Salvatore Martirano Memorial Composition Award, which is an award given for a global composition competition that international judges and Illinois faculty judge.

– Sousa Archives. Sal-Mar Construction is in the Sousa Archives on the 2nd floor of the Harding Band Building. Directions: Enter through 6th street entrance, take stairs up to 2nd floor, turn left, enter door on left for sousa archives. The Sal Mar construction is located in the far NE corner of the gallery space.

Music Library’s annotated catalog of the works of Salvatore Martirano

School of Music. (n.d.). About Salvatore Martirano. Retrieved from https://music.illinois.edu/about-salvatore-martirano.

Schrader, B. (1993). Interview with Salvatore Martirano. Retrieved from http://barryschrader.com/interview_with_sal_martirano/. 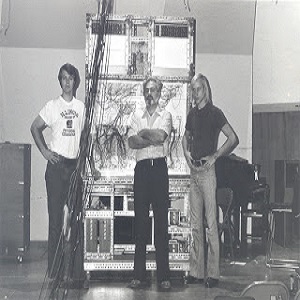