In 1969, Salvatore Martirano, along with a group of engineers and musicians at the University of Illinois, began work on the design and construction of a musical electronic instrument. The instrument, named the Sal-Mar Construction, is a hybrid system (both analog and digital) that the player can use interactively to produce real-time composition using up to 24 spatialized audio channels. It was created using parts from the aging ILLIAC II supercomputer. 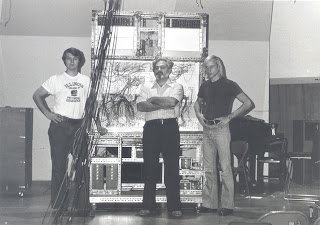 The Sal-Mar is considered to be the world’s first composing machine and according to Composers’ Forum President Joel Chadabe, “The Sal-Mar Construction is an historically important musical event and a stunning and classical display of individual American invention. It must be seen and heard!”


Salvatore Martirano toured the world with the Sal-Mar construction to show off this new instrument.
Locations to Visit

– Krannert Center for the Performing Arts. The first on-campus performance of the Sal-Mar construction was here on February 16, 1979.

– The Stiven House. Sal-Mar was created in the attic. The Stiven House originally hosted the Illinois Experimental Music Studio, and was where many innovations in computer and electronic music took place. The African American American Cultural Program now occupies the house (708 South Mathews Ave. Urbana, IL) 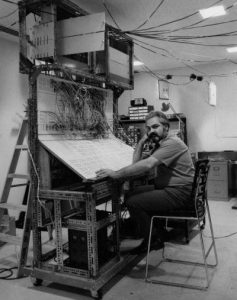