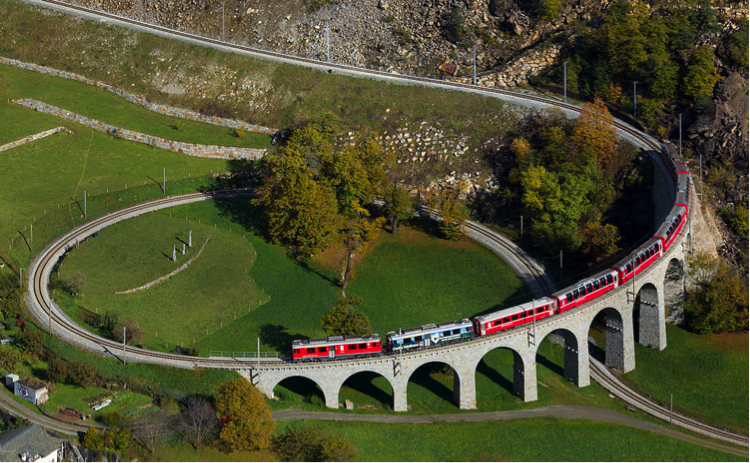 Image of a Transitional Spiral

One way to enable a train to move up to a higher level is to use a spiral track. The challenge is if you are traveling on a straight track that immediately connects to a circular track, a train going at a high speed may derail. The transition from a straight line to a circular path needed to be made more smooth, a challenging mathematical problem. Several people developed solutions independently of one another. One of them was Arthur N. Talbot, Professor of Municipal and Sanitary Engineering at the University of Illinois. He developed an improved version of the transitional spiral in 1899. The improved transition spiral was a theoretical mathematical equation, re-imagined by Talbot to assist the passage of locomotives from a straight line to a curve to avoid sudden changes in acceleration. This helped make passengers’ trips more comfortable. the transitional spiral also helped to save the outside tracks from heavier wear and damage by putting less stress on them.

– Talbot Laboratory. Originally the Materials Testing Laboratory, this building was rededicated with its name honoring Arthur Talbot on April 21, 1938. In the west stairwell there is a painting of Talbot. Directions: Enter the west doors (off of Wright Street) and go up the set of stairs. It is between the first and second floor. Accessible directions: Enter the east doors (on the Bardeen Quad) and take the elevator on the east side to the second floor. Then follow the hallway to the west staircase. The painting can be seen from the second floor. 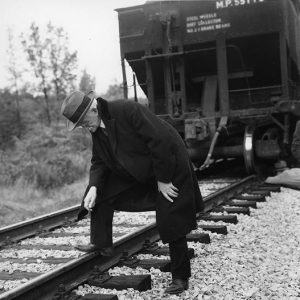