PLATO was the beginning of all computerized learning and teaching, including the myriad of online courses available today.

The ability of PLATO users to communicate with each other led to it being used socially. In many ways, the social computing seen with PLATO was a precursor to today’s Internet.

Among the user-created programs that allowed PLATO users to interact were some of the first networked multiplayer games. Nowadays, online gaming is a multi-billion dollar industry.

PLATO was a pioneer system for online forums, message boards, email, chat rooms, instant messaging, blogging, multiplayer games, and even social networking. PLATO was the world’s first online community. By 1985 the Control Data Corporation (CDC) had established PLATO systems in over 100 campuses around the world. But by the late 1980s, PLATO’s mainframe-based system was losing popularity as microcomputers were becoming more popular. Today, PLATO is not as widely used, but it remains important as a precursor to many of today’s social networking and online communications innovations.

Some features of PLATO led to aspects that are still used today: 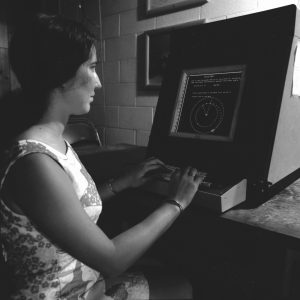