The original Physics Building (now called the Materials Science and Engineering Building) is located at 1304 W Green St, Urbana, IL. The Board of Trustees approved the building in 1907. The construction started in 1908 and finished in 1909. For the next 50 years, the building housed the Physics Department, where seminal discoveries led to significant advances in the field.

In 1959, as the “new” Physics Building (now the Loomis Laboratory of Physics) was completed, the physicists moved down Green Street,  and the then Mining and Metallurgy Department moved into the space. In 1963, the building was renamed to Metallurgy and Mining Building, and a bronze plaque with that name was placed over the original “Laboratory of Physics” above the front entrance. However, visitors can still see “Physics” on the lintel of the Mathews Street (east) entrance. The building now houses the Department of Materials Science and Engineering.

The entire building was devoted to physics. It had classes, student labs, a library, faculty offices and faculty research labs. Many scientific discoveries and inventions were made in the building. Jakob Kunz improved and further developed the photovoltaic cell, a device capable of converting light to electricity. The cell had many functions but was mainly used to make a photoelectric photometer to observe stars.

Joseph Tykociner also utilized the photoelectric cell to record sound on film. A public demonstration of sound on film was held in this building in 1921. Most importantly, John Bardeen, Leon Cooper, and J. Robert Schrieffer created the BCS theory of superconductivity in their offices inside this building.

The groundbreaking BCS theory successfully explained superconductivity phenomena. Superconductivity is the vanishing of electrical resistance of some metallic materials near absolute zero. It was first observed in 1911. During the first half of the 20th century, many well-known physicists tried to explain the underlying mechanisms for this phenomenon and all failed.

In 1957, Professor John Bardeen, his postdoc Leon Cooper, and his graduate student J. Robert Schrieffer presented their complete theory of superconductivity. The theory was highly successful in explaining the behavior of conventional superconductors. Its impact reached beyond superconductivity, as scientists found states analogous to the BCS superconductors in things as diverse as neutron stars and atomic gases.

In 2007, the University of Illinois hosted an international conference of the 50th anniversary of the publication of the  BCS theory paper. At that event, American Physical Society President Leo Kadanoff presented a plaque and designated the original Physics Building as a “site of historic significance to physics” to recognize the pioneering work of the University of Illinois researchers in elucidating the mechanism of superconductivity.

For more information on the different names that the Physics Building and other buildings have had, check out Mapping History.

Special thanks to Celia Elliott for the information and pictures

The Department of Physics, University of Illinois.

Department of Physics, University of Illinois. (2018). History of Excellence. Retrieved from https://physics.illinois.edu/history/ 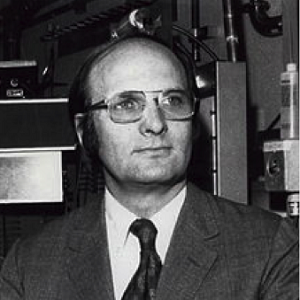