Leon DeCosta Dash, Jr., born in New Bedford, Massachusetts, grew up in Harlem and the Bronx. He graduated from Howard University with a Bachelor of Arts in History and a minor in Political Science in 1968. Before graduating, he held an internship as a newsroom copy boy for The Washington Post in 1965. This internship would begin a storied thirty year career at The Post, interrupted only by an early two year stint with the Peace Corps teaching high school students in Kenya. He later would become a professor at the University of Illinois.

Among his more thrilling early assignments were two prolonged periods of closely observing UNITA rebels in Angola, one for four months, and the second (during the brutal civil war in 1976) for seven months. Dash traveled a collective 2,500 miles on foot, mostly through a war zone. Besides giving Dash the qualifications for appointment as the West African Station Chief in 1979, these excursions put Dash in close proximity with his subject, which gave shape to his unique style of investigation.

Dash was an early pioneer of immersion journalism, providing deep and wide profiles of the individuals he reported on. Partly ethnographic, he interviewed his subject and his subject’s family and friends at length. Partly historical, he situated his subjects according to the social, political, and economic developments that preceded them (Brown).

All throughout his career, he buttressed his journalism with history and anthropology to humanize people who were criminalized; driven by a deep desire to understand human behavior and motivation. His distinctive methods can be learned today at the University of Illinois. 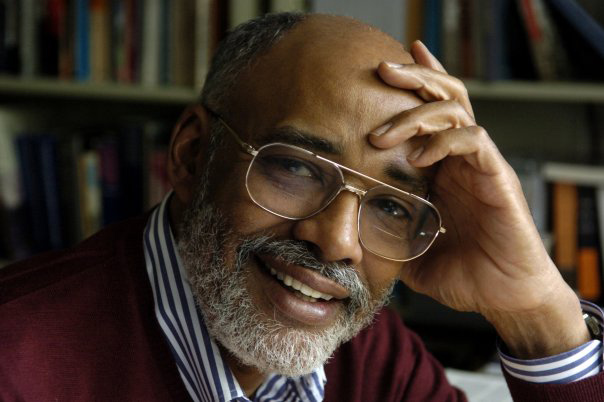 But how could someone without so much as a master’s degree come to be a professor of upper level classes at a world-class university? Well, his fascination with a newly named phenomena called the underclass proved profitable in an era when sociologists and policymakers where increasingly keen on describing and regulating this sect of society.

His 1994 eight day front page serial on a generational tale of poverty and survival in urban America would win a Pulitzer Prize for Explanatory Journalism, as well as the Robert F. Kennedy Journalism Award. For this story, he followed Rosa Lee, her children, and her grandchildren for four years, shedding an empathetic light on the difficult story of a family trapped in a struggle with heroin, AIDS, and the criminal justice system.

Dash’s transition from professional journalism to the academy went smoothly. He arrived at the University of Illinois in 1998 as a Professor of Journalism and Afro – American Studies. He was the Department of Communication’s first Swanlund Chair appointee in 2000. In 2003, he became a professor at the Center for Advanced Study, before becoming the Center’s director in 2009. In 2016, he was inducted into the National Association of Black Journalists Founders (NABJ) Hall of Fame.

NABJ is an organization Dash and 43 other black journalists founded in 1975 to increase black representation in the media profession. The organization’s formation follows directly from Dash’s group’s 1972 Equal Employment Opportunity Commission lawsuit against The Post which charged unequal opportunity with regards to job assignments and promotional opportunities for black reporters in The Post‘s newsroom. He serves today as the Illinois NABJ chapter advisor. 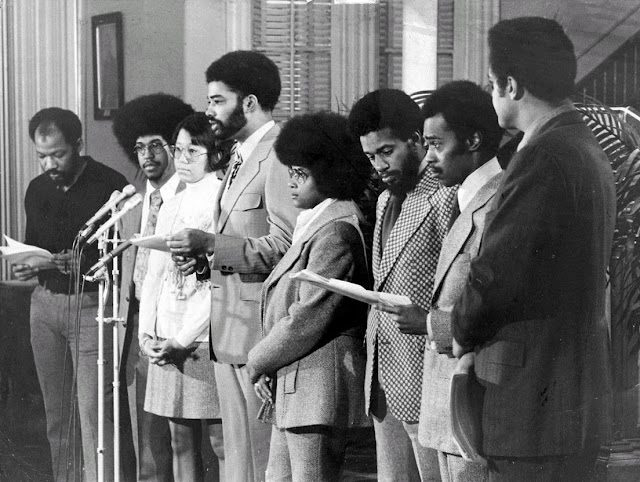 Pictured are the 7 litigants involved with the 1972 lawsuit against The Washington Post, Dash being the fourth from the left, (Credit: Ellsworth Davis/Washington Post), from https://media.illinois.edu/dash-inducted-founders-hall-fame 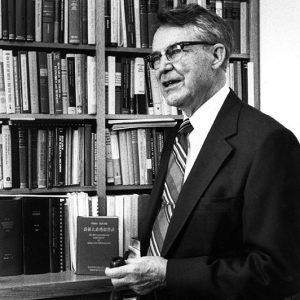