His early administration was marked with many changes: the Observatory was integrated in the Mathematics Department as the Division of Astronomy and had no operating budget. After spending eight dollars out of his own pocket, Stebbins convinced the Board of Trustees to create the first budget for the Observatory: $750. In addition, the curriculum was expanded from three classes to nine classes, including Astronomy for Engineers, Observational Astronomy, Seminar and Thesis. Most of the classes, taught by Stebbins and an instructor, required weekly use of the Observatory’s facilitates.

Early on, Stebbins used the popular Pickering visual program to survey stars in search of undetected eclipsing binary stars. Later in 1904, he began the estimates of the relative magnitudes of 107 double stars, duplicating the work of astronomer E.C. Pickering in 1878. It was during Stebbins’ photometric project when he first realized the need for a new method of photometry. In the summer of 1905, Stebbins was married and he soon found a source of inspiration for a new photometer. He provided the following account at a dinner of the American Astronomical Society in 1957:

“The photometric program went along well enough for a couple of years until we got a bride in our household, and then things began to happen. Not enjoying home alone, she (May Stebbins) found that if she came to the observatory and acted as recorder, she could get me home earlier. She wrote down the numbers as the observer called them, but after some nights of recording a hundred readings to get just one magnitude, she said it was pretty slow business. I responded that someday we would do this by electricity. That was a fatal remark. Thereafter she would often prod me with the question: “When are you going to change to electricity?” It happened that within a two or three months the department of physics gave an open house, and one of the exhibits was in charge of a young instructor F.C. Brown. He showed how when he turned on a lamp to illuminate a selenium cell, a bell would ring; when the lamp was off, the bell would stop. Here was the idea; why not turn a star on to a cell on a telescope and measure the current?” (Stebbins, Early Photometry, 507)

This friendship with F.C. Brown soon led to the development of a selenium cell photometer, which ultimately led to the discovery of five new eclipsing binary stars, constructed a light curve for the Moon, determined the mid-eclipse time of the 24 July, 1907 lunar eclipse and determined the magnitude of Comet Halley in May, 1910. However, Stebbins was not happy with the photometer. The cells were not very sensitive, only stars brighter than the third magnitude could be studied. They also had a narrow spectral response, were not readily available, were difficult to work with and the characteristics varied from one cell to another. The solution to Stebbins’ problems was found in physicist Jakob Kunz. 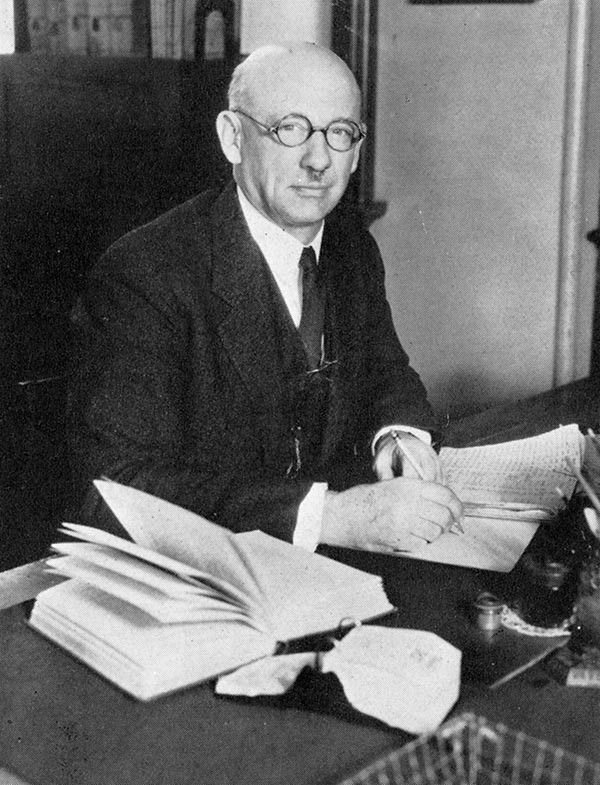 Kunz, in partnership with Stebbins, developed and installed a photoemissive photocell instead of a selenium based one. This worked fabulously. Kunz and Stebbins remained friends and continued to develop better cells for the photometer. Using the photometer, they even succeeded in measuring the brightness of the solar corona from the eclipse on 9 June, 1918.

Professor Stebbins left Illinois in September 1922 when he was offered the directorship of Washburn Observatory. Stebbins continued to improve and apply the photometer there where he enlisted the help of A. Whitford who developed a thermionic amplifier, C. M. Huffer, an Illinois math graduate who had taken a class with Stebbins at Illinois, and G. Kron at Mt. Hamilton who worked with photomultiplier tubes. Stebbins remained at the forefront of astronomical photometry until his death in 1966.

– Observatory. This is where Joel Stebbins conducted research and developed the astronomy program.

Stebbins, J. (1910).The Measurement of the Light of Stars with a Selenium Photometer. With An Application to the Variations of ALGOL. The Astrophysical Journal, 32(3). 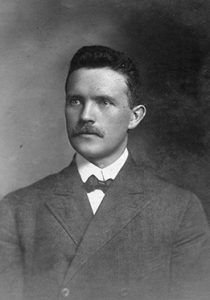