Hardy Cross first published this method, in 1930, during his years at the University of Illinois. The Hardy Cross Method is actually an adaptation of his Moment Distribution Method, which was originally used to test the moments of indeterminate structures. The adaptation, by contrast, set forth an entirely new method for analyzing building frames.

Amusingly, Cross published such a landmark piece of work largely due to the pressure put on him by his dean, Milo Ketchum. Supposedly, Ketchum was resentful of Cross for his reputation as a great teacher. One of the allegations Ketchum launched toward Cross was that he did not publish enough papers. In response to this, Cross put forth a ten page paper in the May 1930 Proceedings of the American Society of Civil Engineers. 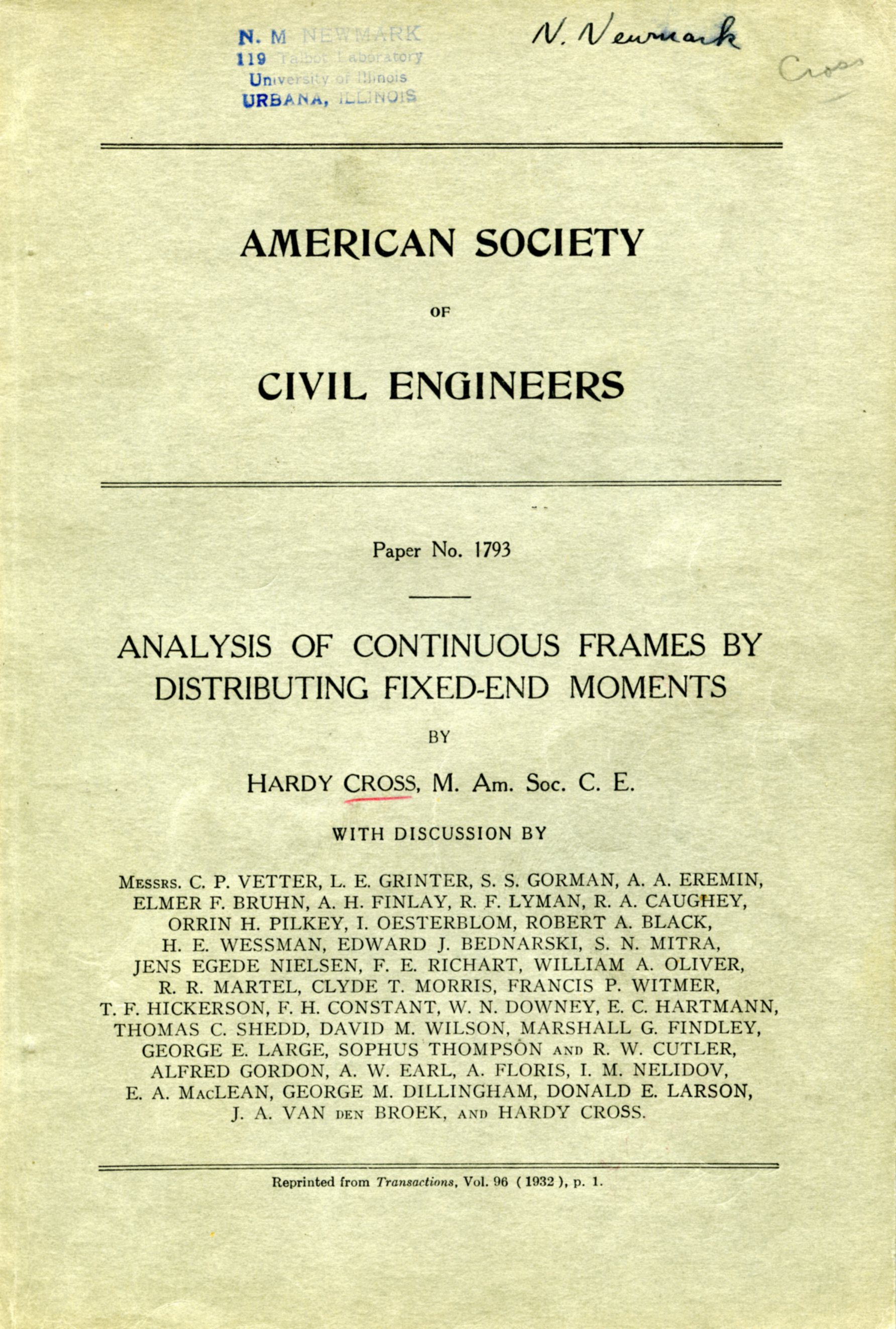 Copy of The Hardy Cross Method, University of Illinois Archives

The paper, entitled “Analysis of Continuous Frames by Distributing Fixed-End Moments”, instantly garnered a lot of notice. Discussion of the paper was closed in 1930, but the paper itself was not published until two years later. At that time, space was afforded for 38 commentators who took up 146 pages, possibly a record for commentators on a single paper. Cross was immediately hailed for not only solving one of the “knottiest” problems in engineering, but doing so in such a way that could be adopted by any engineer working in the field. The Hardy Cross Method has made many architectural feats possible, ranging from skyscrapers to bridges to dams.

– Engineering Hall. This is where Cross’s office was located. 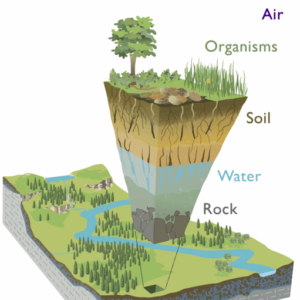