The “Father of Advertising Education,” Charles H. Sandage, nicknamed “Sandy” by friends and colleagues, was born on August 21, 1902 in Hatfield, Missouri. After earning his PhD at the State University of Iowa, Sandage worked at a number of universities including University of Kansas, Miami University in Ohio, University of Cincinnati, and University of California. From 1943-1944, Sandage was a visiting business professor at Harvard University. He also held a chair for the U.S. Department of Commerce (Bureau of the Census) from 1935-1937.

In addition, Charles Sandage wrote and published a number of books and publications stating his scientific philosophy about advertising. A few being Advertising Theory & Practice, Radio Advertising for Retailers, Marketing by Manufacturers, The Role of Advertising, and The Practice of Advertising (you can find all of Sandage’s writings at the University Library).

All of his hard work and passion for advertising and teaching led him to his next accomplishment, creating the first advertising department at a university.

Sandage began his momentous career at the University of Illinois in 1946 as a professor in journalism. He noticed the curriculum for journalism included only a few courses dedicated to advertising, and that these courses did not go into much detail. After writing and publishing books about his philosophy of advertising, Sandage made it his mission to create an educational path for those interested in the study of advertising.

In 1957 the University of Illinois created a division of advertising with Sandage as chairman, and in 1959 advertising officially became a department under his leadership.

In 1966, Sandage retired but his influence still vibrates through the hallways of Gregory Hall. Sandage’s passion for advertising at an academic level has inspired universities from around the world to open their own advertising departments. The department at Illinois is named after him, and includes a project named the “Sandage Project” that seniors in advertising complete. In 1984, the Advertising Hall of Fame inducted Charles H. Sandage as a member for his contributions to advertising. 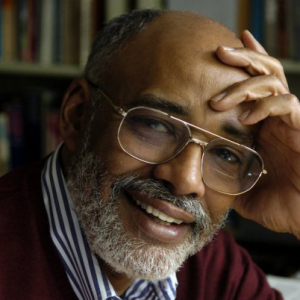